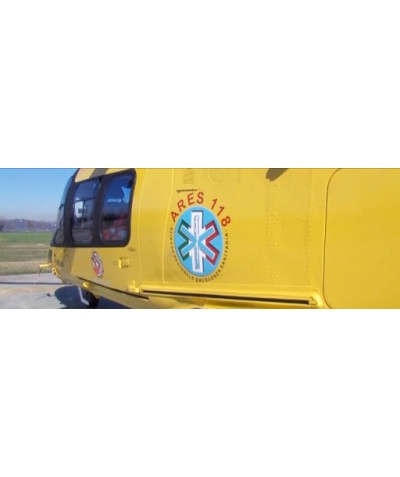 The helicopter rescue was born in Italy in 1984, thanks to the contribution of a small group of people with various experiences in Reanimation, Emergency Medicine and in the organization of rescue and aeronautical services. The models from which he took inspiration were the German and the Swiss. Over time, Bases opened in Campania, Emilia Romagna, followed by Basilcata, Piedmont, Sicily, Veneto, Marche, Friuli Venezia Giulia, Milan, Brescia, Verona, Treviso, Abruzzo and Calabria, Campania.

The SES 118 Health Emergency Service of the Lazio Region, from 1996 until the beginning of 2001, was carried out with a single helicopter in H12 (from 08:00 to sunset) by the Fire Brigade of the Flight Department of Ciampino.

The huge catchment area of ​​the possible recipients of the service (the Lazio Region has over 5,300,000 residents) determined the need to reorganize a service that, on average, completed over 500 missions every year. Thus, on May 3, 2001, the Lazio Region Helicopter Rescue Service was born, organized in the three bases of Ciampino, Latina and Viterbo.

The first missions took place on 23 May 2001 for the Ciampino base and the following 7 June for the Latina and Viterbo bases. Thanks to the strengthening of the service, today the annual average of interventions is around 2000 missions.