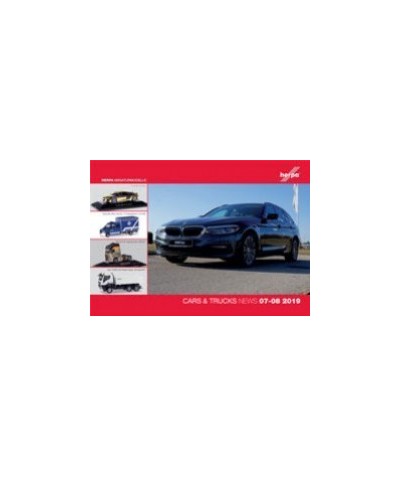 Lots of news from Herpa in their usual added catalogue.

In previous catalogues there was the new version of BMW serie 5 and in this edition you can find Touring version presente in two distinct colours.

In this issue also the long awaited Iveco Trakker in various versions: tractor 3 axels in white and red, with sides and tip-up in Minikit version, german Bundeswehr version and also germa firebrigade version with roll-off.

Noticeable also the two version of MAN F9 in Roman Diesel edition with 2 or 3 axels.

Do not underestimate the issueof three different kind of cranes for the rear of the cabin (for me a little bit small and waiting for something more structured!)

In the catalogue you'll find also a lot of version and colour of other models yet in the Herpa collection.