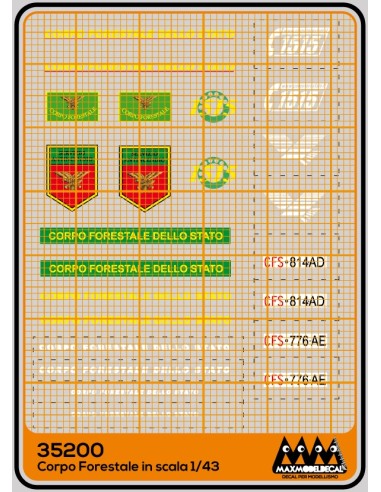 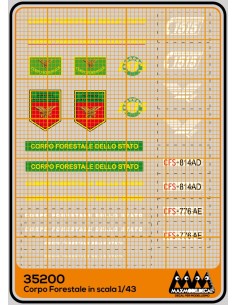 The State Forestry Corps (in abbreviation C.F.S.) was an Italian police force with a civil system, dependent on the Ministry of Agricultural, Food and Forestry Policies, with judicial police and public security functions, specialized in the defense of the agro-forestry heritage. Originating from the Royal Forestry Administration of the Kingdom of Sardinia, founded in 1822, the body was specialized in the defense of the Italian agro-forestry heritage, in the protection of the environment and the landscape and in controlling the safety of the agri-food chain. It contributed to the performance of public order and safety services, as well as to the control of the territory, with particular reference to rural and mountain areas.
On 31 December 2016 and from 1 January 2017, most of the skills and personnel were transferred to the newly established Forestry, Environmental and Agri-food Unit Command of the Carabinieri. The staff amounted to 7,563 units on 1 January 2017, located throughout the national territory, although the respective regional and provincial forestry bodies continue to operate in the regions with special status and in the autonomous provinces of Trento and Bolzano.

(There is 1 other product in the same category)