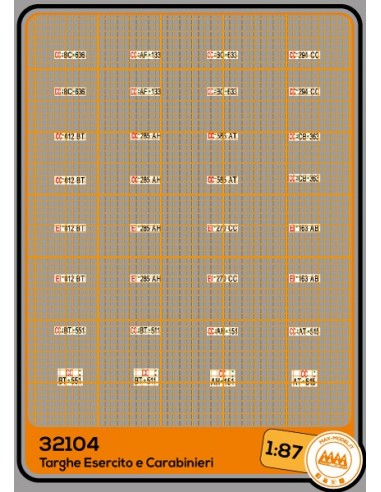 Carabinieri
The Arma dei Carabinieri (first the Royal Carabinieri Corps and then the Royal Carabinieri Arma) is one of the Italian police forces, with general competence and permanent public security service. At the same time it is part of the Italian armed forces (since 2000 with the rank of armed force, under the Ministry of Defense, with functional dependence on the Ministry of the Interior. It has military police duties on the other three armed forces, in the homeland and in the abroad, and is part of the European Gendarmerie Force.
The kit in question represents the special car plates of the Carabinieri and before the Army. 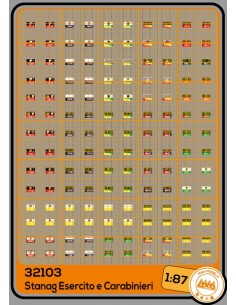 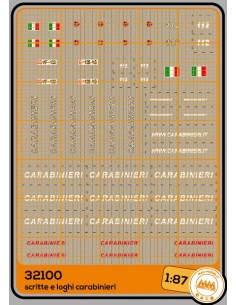 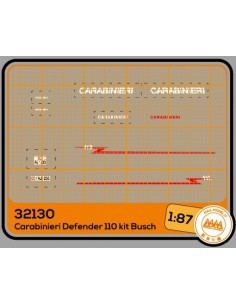 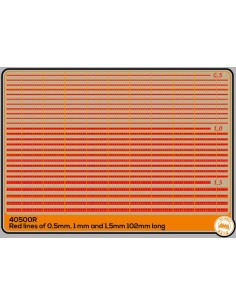 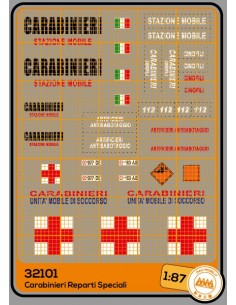 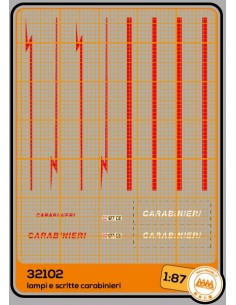 Price €4.50
Decal Italian Police 1/87 Decals for vehicles of the Carabinieri in 1/87 scale 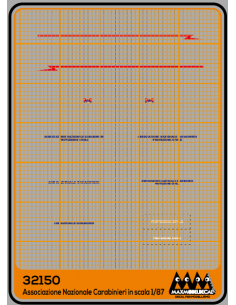